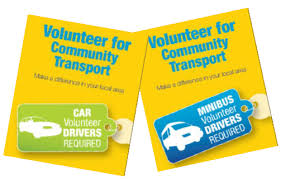 are paid for transporting hospital patients has been changed following a legal challenge from a taxi firm based in Glastonbury – and the man behind the challenge says there are more changes are on the way.

for the miles they cover in future.

and the high mileage they can claim for both loaded and unloaded miles.

Mr Wickham said he had been petitioning Somerset since 2006, when he became concerned that volunteer drivers were really operating as unlicensed taxi drivers.

“They did not listen to me,” he said.

“They basically stuck two fingers up at me and the other taxi firms in the county, and now they have been caught with their pants down – and as far as I am concerned they are still not adhering to the law.”

He went on to say that in the last 10 years, councils have relied more and more on volunteer drivers.

He also says that Somerset has a number of volunteer drivers who drove more than six million miles between them last year alone.

He says this equates to volunteer drivers running an unlicensed taxi service.

However their cars do not have to undergo the vigorous testing that taxis do.

He said “I am not against volunteer drivers in any way, shape or form,”

but “I am furious that the council’s incompetence made volunteers vulnerable to action from the taxman.

“And the service itself could be putting passengers at risk, as the cars don’t have to go through the rigorous testing that taxis do.”

The council said its legal advice has confirmed it is acting lawfully, but that they would have to change the way they pay for the miles that are covered in the light of recent legal guidance.

Harvey Siggs, cabinet member for highways and transport, said: “We consulted with our legal advisors and it was confirmed our use of voluntary drivers is completely legal and all above board.

“We did receive advice that has led us to us change the way we reimburse our voluntary drivers for the miles that they cover.

“This will remove any ambiguity in the future.

“I want to be totally clear that our voluntary drivers are absolutely essential for thousands of elderly and vulnerable Somerset residents to travel to vital appointments and access services.”

There are arguments that say volunteer drivers cost Somerset County Council more than a taxi would in many cases as taxis are only paid for the miles that a passenger is onboard whereas a volunteer is paid for all the miles from the time they leave their home until they arrive back home again.  Volunteer drivers must pay tax on any profit they make once deductions have been made for fuel, wear and tear and maintenance.

I have heard firsthand of volunteer drivers being sent 20 or 30 miles on occasion to pick up a passenger that only traveled from one side of Taunton to the other.  Many taxis are working for less than the volunteers get paid because they are only paid loaded miles.

In fact some taxi drivers have become volunteer drivers because they earn more that way.

Be Safe Not Sorry!

Please log in again. The login page will open in a new tab. After logging in you can close it and return to this page.