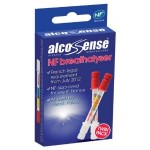 On 22 July 2009 the French Government has adopted a new law in an attempt to tackle the problem of binge drinking among youths.

The new law bans the sale of alcohol to under 18s anywhere in France.

Before the law there was a grey area surrounding sales of alcoholic drinks to teenagers aged 16 to 18, with different rules depending on the kind of alcohol and whether the sales point was a bar, a club or a supermarket.

The new bill also bans promotions known as “open bar” which allow customers to drink as much as they want to for a fixed price.

”These are a classic at student parties and encourage binge drinking,” the French Health Minister, Ms Bachelot said.

Another measure introduced by the law is a ban on sales of alcohol in petrol stations. Such a ban existed before only from 10 pm to 6 am.

Regrettably the law now allows alcohol advertising on the internet, with the only exception of those websites that are mainly aimed at young people and those owned by sport organisations. Internet advertisements will have to fulfil the same requirements that apply to those in the written press and billboards under the loi Evin.

The number of under-25s hospitalized because of excessive drunkenness had doubled between 2004 and 2007.

* The Loi Evin prohibited Alcohol Sponsorship and also banned alcohol advertising on TV and cinemas as well as on youth magazines.

One of the ways you can stay on the right side of the French law is by carrying on of these kits by Alco Sense: 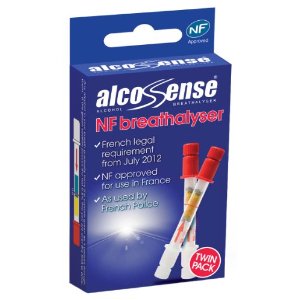 Get Your Alco Sense Here!

Articles in the press:

Be Safe Not Sorry!